Yes, friends – November 1st is World Vegan Day.  So I just thought I would cover a few things relative to the philosophy.

Origins of the Word: 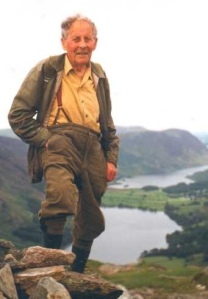 Donald Watson coined the term vegan in 1944 when he co-founded the British Vegan Society.  The word was literally created out of the word “vegetarian,” as it contains the first three letters and the last two letters of the word.   It is pronounced “VEE-gun,” with emphasis on the first syllable.

Watson had grown to disagree with the use of eggs and dairy in the typical vegetarian diet, and decided to create this sub-group within the existing vegetarian group he was in.  Eventually, the small sect of vegans branched out as the British Vegan Society.  Along with it, of course, was the birth of a new word to encapsulate their stricter version of vegetarianism.

After more than 20 years on the path, I’m still blown away by how these common terms – with very black and white definitions – are still so often misused.

Regarding veganism, here’s an example of a typical (slightly tongue-in-cheek) conversation that denotes the general misunderstanding about what all it entails:

“No, motherfucker.  A salmon is a fish.”

“Well, no.  But it’s not really meat like steak or hamburger is meat.”

“Oh, right… of course.  But you eat shrimp, though, don’t you?  Shrimp don’t really have faces, do they?”

“Yes, motherfucker.  In fact, they do, and they are actual living beings.”

“Gotcha.  Alright.  But honey should be okay, isn’t it?  Because a bee isn’t really an animal, right?”

So to truly understand the depth of veganism as the total lifestyle philosophy that it is, it’s important to understand how the concept differs from other forms of vegetarianism.

A strict vegetarian is one who abstains from all animal products, including dairy and eggs, although honey is generally acceptable.

A vegan is one who follows a strict vegetarian diet (minus honey), and also – by literal definition – avoids:
1. wearing animal-based clothing (leather, wool, silk, fur, etc.)
2. using consumer goods containing animal products or that have involved animal testing
3. supporting events or institutions (like the circus, rodeo or even the zoo) that exploit and/or harm animals in any way.

Obviously, there are many varying degrees by which a “vegan” might choose to abide by the above criteria and, of course, there are no vegan police running around to site a purported vegan’s indiscretion.  But the point is, the vegan approach is more of a total lifestyle commitment where the individual aspires to make a consistent statement of compassion for all living creatures in every area of their life. This is a grand idea, and it makes veganism one of the most conscientious and evolved models of living in the world.

“Be the change you wish to see in the world.”

I know this Gandhi quote is pretty worn out by now, but in many ways, veganism is this famous quote in action, because we’re talking about “being,” as opposed to simply “doing.”  There are many things we can do to promote peace and good will in the world.  Many organizations can use our time and money to further this cause, and giving in this way is always encouraged, of course.  And yet, veganism gives us the chance to actually be peace and compassion everyday, throughout the day, in every aspect of our daily lives.

Think about it.  As a vegan, you are living your life with such consciousness that every food or drink item you consume, every piece of clothing you wear, every consumer product you use and every non-exploitive social function you attend is literally a powerful act of kindness to an animal and a serious statement of reverence to the planet.  Then, when you do the math and realize the sheer number of times in a given day that this opportunity for higher expression presents itself, you see how every day of your life is an ongoing series of these acts of compassion, above and beyond any causes you support or acts of kindness you extend to your fellow humans.  In this way, veganism is the next logical step in our quest toward a more evolved, peaceful society.

In fact, I have always found it a bit ass-backwards that we, as a conscientious society, gather around the dinner table and denounce war, domestic abuse, gang violence, social injustices, urban crime rates, or even animal cruelty, while much of the very meal we’re consuming has been derived from unspeakable acts of exploitation and violence against our fellow creatures.  Clearly, even many of our wisest have yet to make the connection between the “behind-the-scenes” violence rampant in modern animal agriculture and the more obvious, “in-your-face” violence that has a more pronounced presence in our daily lives.

The Power of One

Beyond the philosophical aspects of the lifestyle, there are some pretty staggering calculations out there – all of which have been verified by multiple sources at this point – that can quantify exactly what kind of numbers are involved regarding just the ethical and environmental ramifications of going vegan. Here are a few quick ones:

One person going one year without animal products…

Think about that: 83 animals, saved!  If you were a dog or cat rescuer and you saved 80+ animals in one year, it would more or less be a full-time endeavor (saving, fostering, caring for, feeding, eventually adopting out, etc.) and likely require a Herculean effort.  And yet, without actually doing anything outside of your normal day-to-day thing, your vegan lifestyle choices can have an absolutely tangible effect in the world.

The Best Part of My World Vegan Day Today

Having said that, we still have to do our part here and there, especially when something falls squarely in your path.  Today, I heard rumblings about an injured possum hanging around the lot.  Sure enough, I found a very scared and obviously injured possum – limping and bleeding slightly – trying to find refuge in an overturned box.  So I went ahead and eased him fully inside the box, then drove his little ass out to the Wildlife Rescue Center in Calabasas.

These folks do great work there.  I once brought them a baby possum who had been separated from his mother, and they took care of him until he was old enough to be released back to the wild.  My guy today seemed to be an adult, so once he’s better, I would expect that he’ll get another shot in some much cooler landscape! 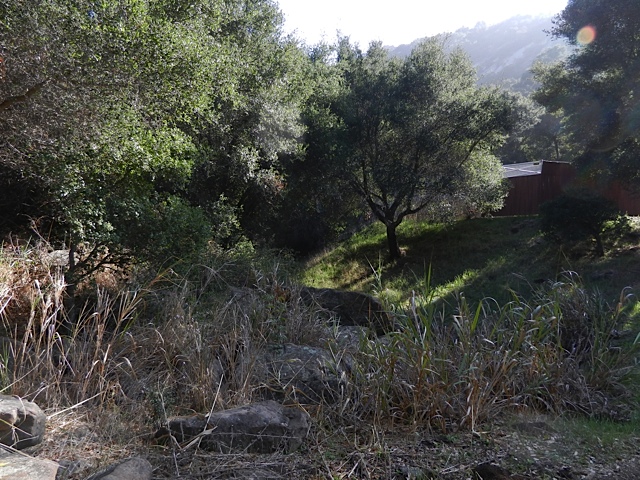 This is a glimpse of some of the land right near the center… a likely place where our little buddy will be released.  Much better than the “concrete jungle” of this old North Hollywood lot…

Bobby Rock is a world renown drummer, the author of nine books, and a recognized health and fitness specialist with certifications in exercise, nutrition and meditation. He has recorded and toured with a variety of artists, released three CDs as a solo performer and is recognized as a top drumming educator. He is currently touring with rock icon, Lita Ford. Through speaking, writing and activism, Bobby remains committed to a number of animal and environmental causes. Bobby lives in Los Angeles.
View all posts by Bobby Rock →
This entry was posted in Veganism/Animal Issues and tagged bobby rock, donald watson, strict vegetarian, vegan, veganism, vegetarian, world vegan day. Bookmark the permalink.